Travers Saturday, the annual running of Saratoga Race Course’s Mid-Summer Derby, is the penultimate ending to each Saratoga Thoroughbred race track season. The meet, of course, does not end until Labor Day, and Thoroughbreds will continue to prepare over the Oklahoma training track until the first frost warnings. But Travers weekend at The Brunswick at Saratoga begins the “getaway” sentiment after near 8-weeks of “stayaway” experience for us and our many guests.

This brings to mind Alan Alda’s film treatment of Bernard Slade’s 1975 Broadway play, “Same Time, Next Year”. A romantic comedy, the play chronicles the accidental meeting and romantic tryst of a man and woman staying separately at an inn. Following the initial affair, they decide to continue the relationship every year, at the same inn, for a “romantic retreat away from their respective spouses and families…and do so for twenty-six years. 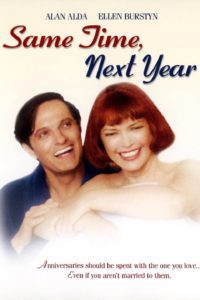 While in no way romantic, but often comedic, we at The Brunswick at Saratoga feel a similar relationship with our many guests. They continue to reconnect with us …“Same Time, Next Year”. We are blessed to have acquired a property from former owners who established strong ties with guests. We are grateful to the many who re-book season after season, as well as in the fall and spring.

Post-track season weather forecasts change from “Hazy, Hot and Humid…chance of a late afternoon monsoon” to the countdown of color and clarity as fall descends upon the foothills of the Adirondacks. The City of Saratoga Springs and the surrounding region are less hectic but no less interesting. There are Ghost Tours, Food Tours, the Saratoga Wine Festival, Beer Tours and Pub Crawls, Balloon Festivals, Antique car and truck shows, the annual Showcase of Homes among the many activities from which to choose. Reservations at Saratoga’s fine dining establishments are easier to secure.

Book you local overnight “getaway” or short term “stayaway” now. And we’ll see you too “Same Time, Next Year”.

Posted in Brunswick Bed and Breakfast | Comments Off on “Same Time, Next Year”