News Flash!  A rare opportunity for horse race fans to get their chops up for handicapping the Triple Crown races in advance–from the comfort of the Hall of Fame at the National Museum of Racing and then here, at The Brunswick at Saratoga Bed & Breakfast.

(Not to mention, a fabulous way to celebrate Spring, and the arrival of horses at the Oklahoma for training.)

Here’s an offer you can’t refuse. But only if you’re a real horseplayer, or wannabe:

Plan to attend the Racing Museum’s Countdown to the Triple Crown on Saturday, April 28th at 12Noon. (See official press release, below.)

If you’re wise, you’ll check into our lovely B&B the evening before, and start your day with a solid, delicious foundation–Kate’s gourmet breakfast–before going off to the Countdown for 12PM.  (To which you’ll be able to walk, as we’re only a few steps from the Museum.) 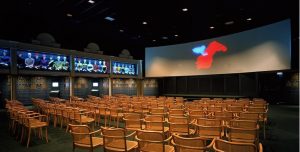 As you’ll read below, our own (too-modest) Tom Amello is one of the two featured analysts who’ll sit on-stage and walk y’all through everything you need to wager wisely–and actually enjoy the experience of learning, and betting.

Then–BONUS!–following the Countdown, come on back to The Brunswick with Tom, where you’ll either wander on over to The Brook for a bite together, or decide to hang with him here in our dining room or (fabulous, Union Avenue) porch–to continue the conversation.  Pick Tom’s brain–he relishes the chance to educate, inform and help others learn the joy of analyzing the ponies.

Stay over on Saturday, as well–your in-depth exploration of horse racing may go into the wee hours, and under the stars.

Return home at the end of the weekend–satisfied.  Happy.  Feeling good about yourself:  you are now ready to wager against all those who weren’t at the Hall of Fame, and at The Brunswick.

You, our Friends, truly  will have the Home Court Advantage. 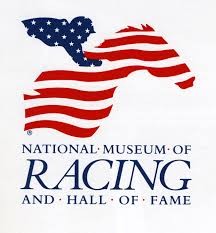 National Museum of Racing and Hall of Fame’s annual
Countdown to the Triple Crown program scheduled for Saturday, April 28

SARATOGA SPRINGS — The National Museum of Racing and Hall of Fame will present its annual Countdown to the Triple Crown program on Saturday, April 28 at 12 p.m. in the Museum’s Hall of Fame Gallery. Racing experts Tom Amello and Michael Veitch will be on hand to offer analysis and predictions for the 144th running of the Kentucky Derby and answer questions from the audience about the Triple Crown series. The program is open to the public and free to attend.

Guests will receive a complimentary issue of the Triple Crown preview edition of The BloodHorse, featuring past performances, while supplies last. There will also be Kentucky Derby trivia for gift cards courtesy of EMBRACE THE RACE®, the exclusive provider of The Apparel for the Horse Racing Lifestyle® and The Official Apparel of Horse Racing®.

Amello has produced the “Trackfacts” selection sheet at Saratoga Race Course since 1988. In April of 1992, he began production of a television version of Trackfacts for Capital OTB TV. Amello later developed a second show for Capital OTB, Trackfacts Live. He has also served on numerous panels at the National Museum of Racing and Hall of Fame and hosted various racing education seminars.

Veitch covered horse racing for The Saratogian and its racing supplement, The Pink Sheet, from 1979 through 2017. He serves as chairman of the Museum’s Hall of Fame Historic Review Committee. A former host of “Down the Stretch” on Capital OTB, Veitch’s writing has appeared in a variety of media outlets, including Daily Racing Form. He is the author of two books on Saratoga racing history: “Foundations of Fame: Nineteenth Century Thoroughbred Racing in Saratoga Springs” and “Summit of Champions: Thoroughbred Racing in Saratoga Springs 1901-1955.”

Check our Web site at www.racingmuseum.org